Sprouts is a pen-and-paper strategy game for 2 persons.

It starts with n points on a sheet of paper. The two players alternate with making moves.
Each move consists of drawing a line between two points a and b and of adding a new point anywhere on the new line with exception of the endpoints.
Planarity of the graph must be maintained, i.e. the line must not intersect another line or itself or cross one of the points already existing. The number of lines incident to a point is limited by three, whereby drawing a line from a point p to itself is counted as two lines ending at p.
The player making the last valid move wins.

Read more about the Sprouts game on wikipedia.org 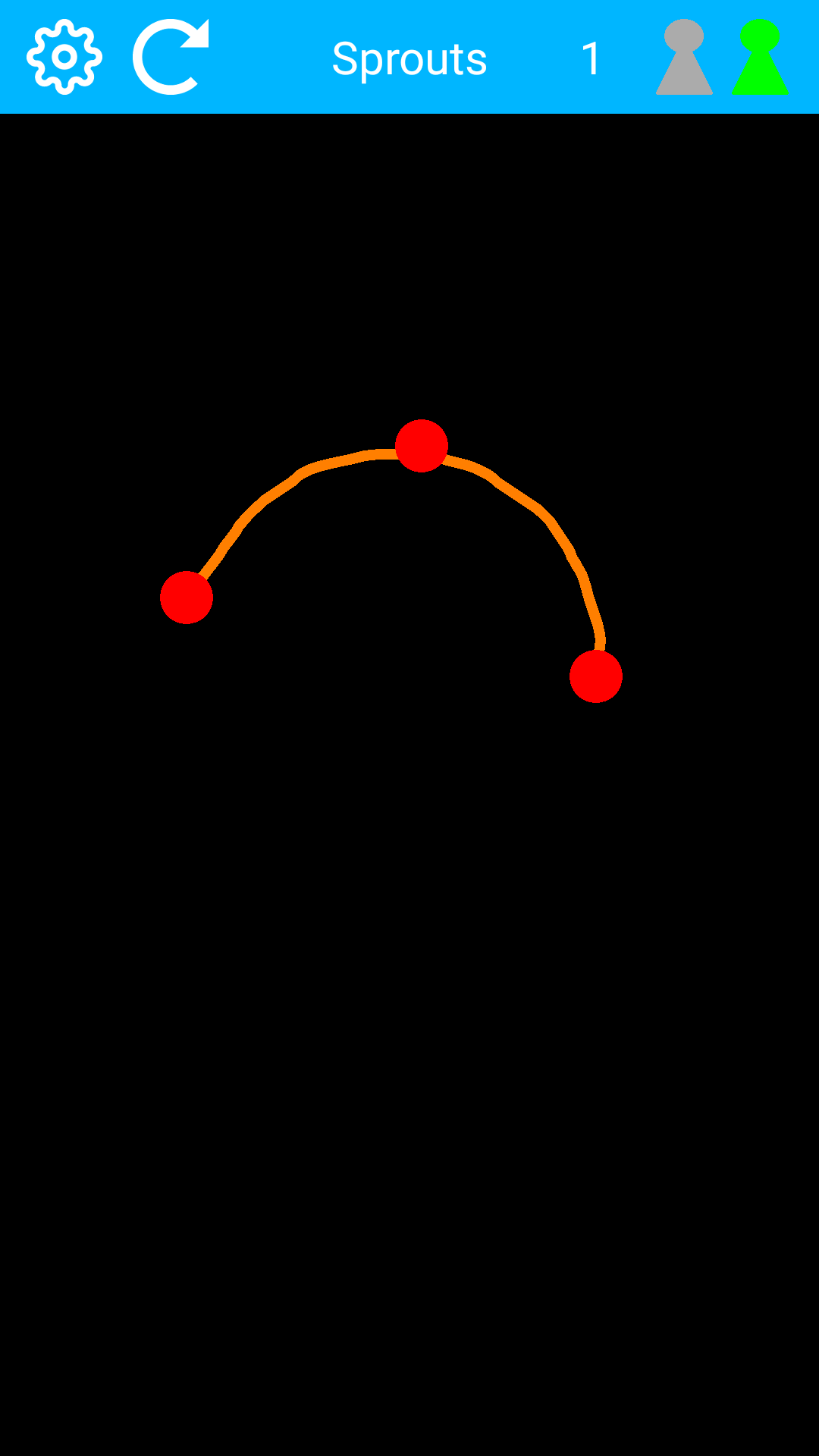 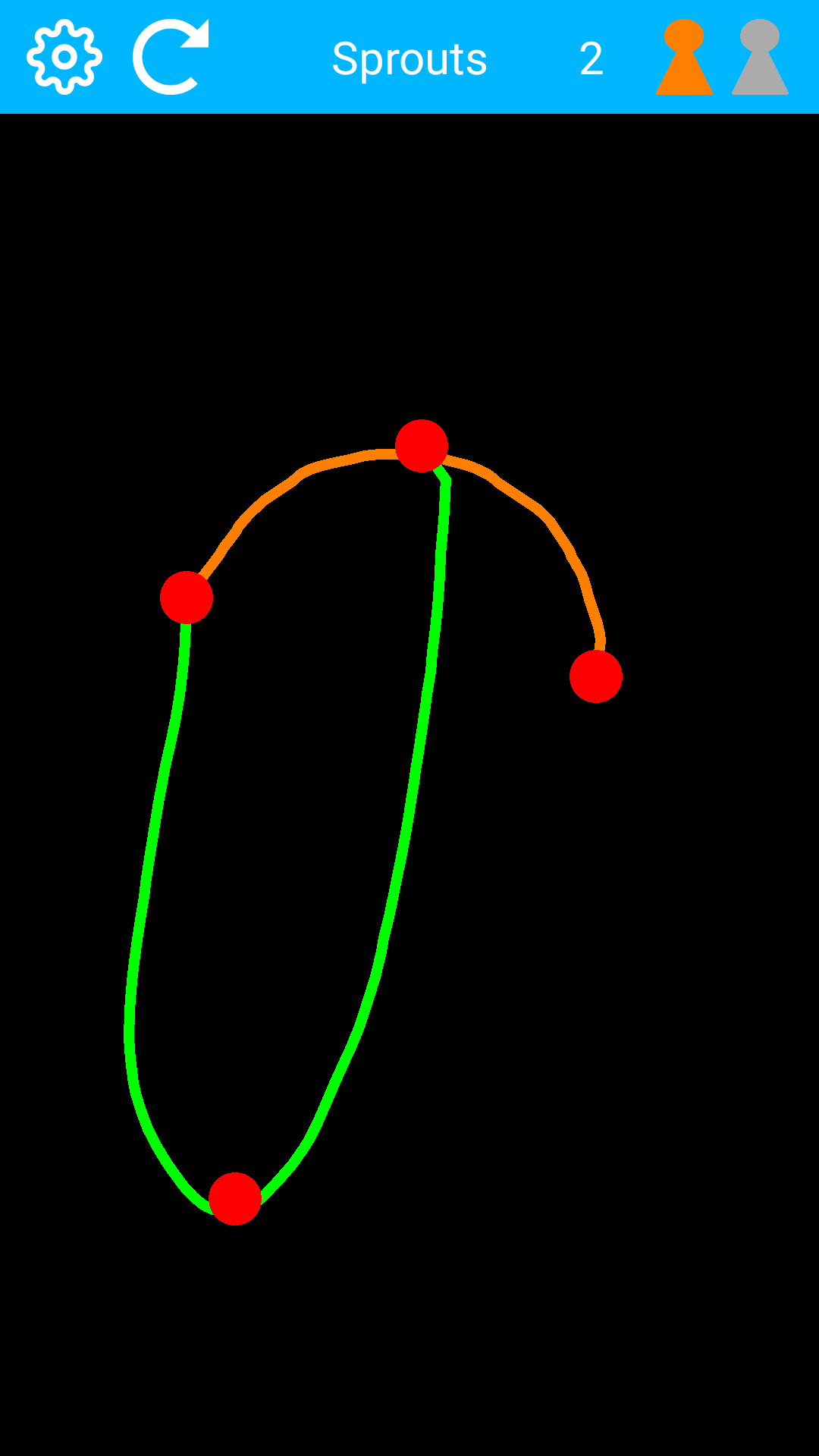 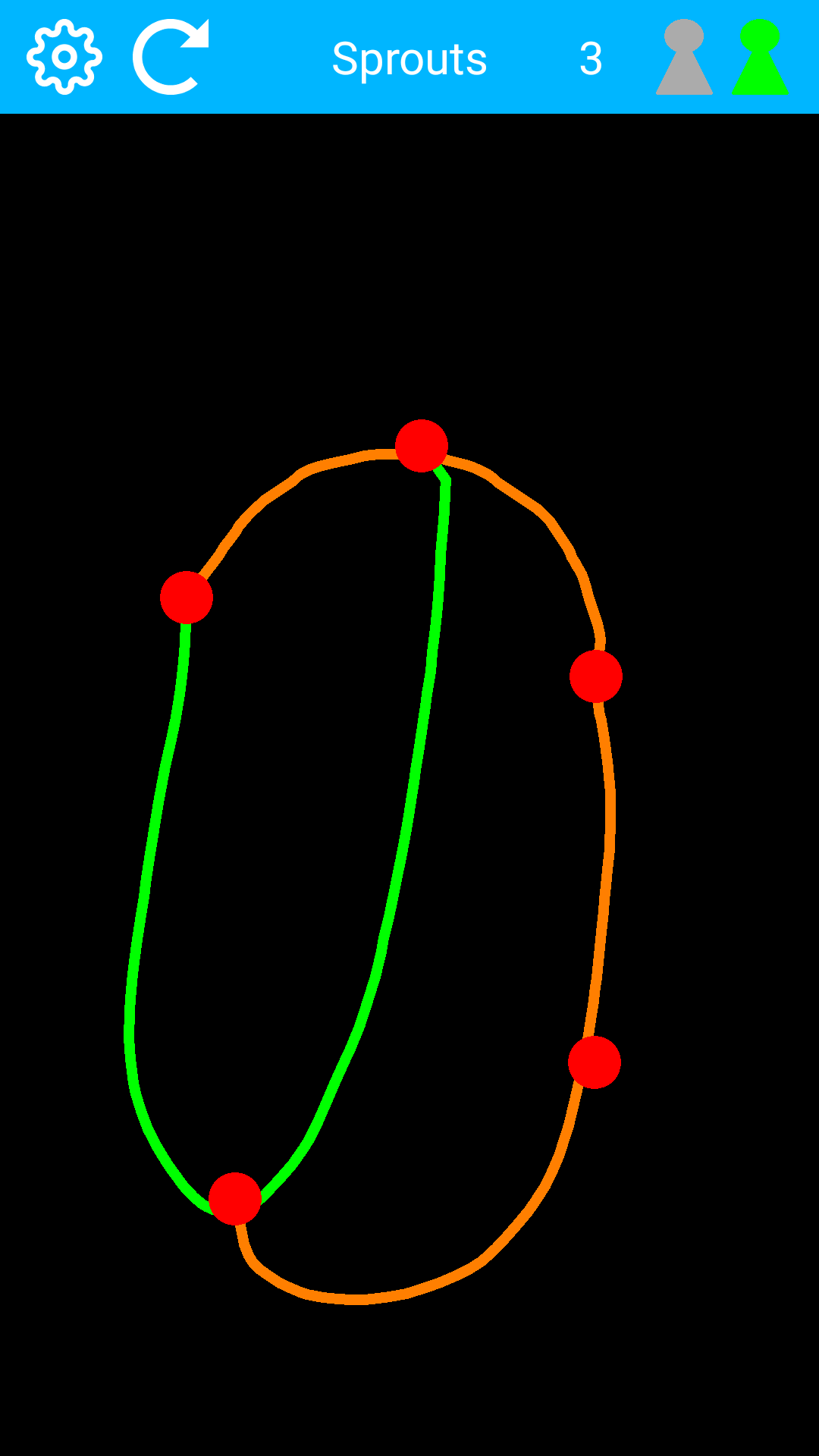 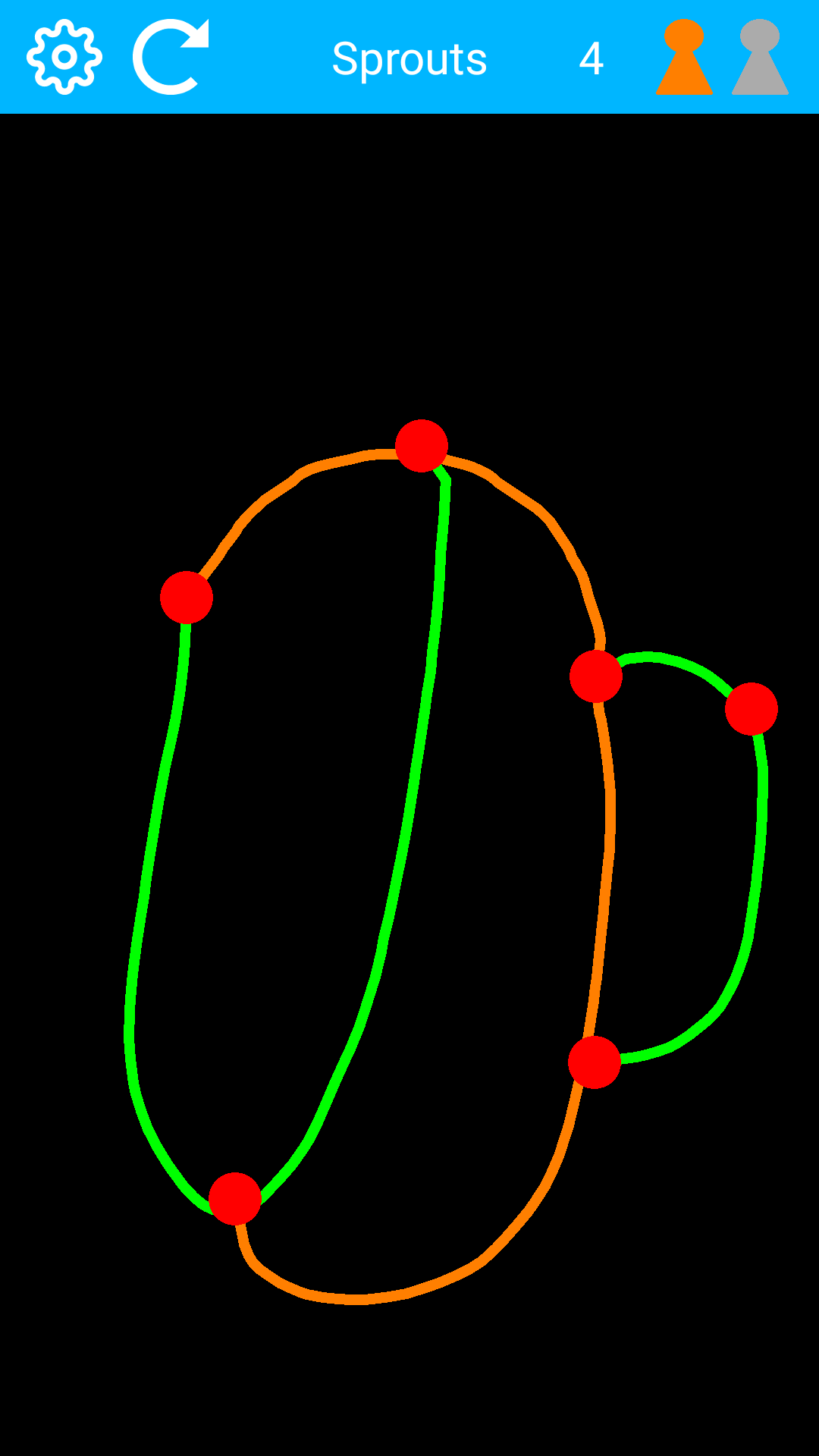 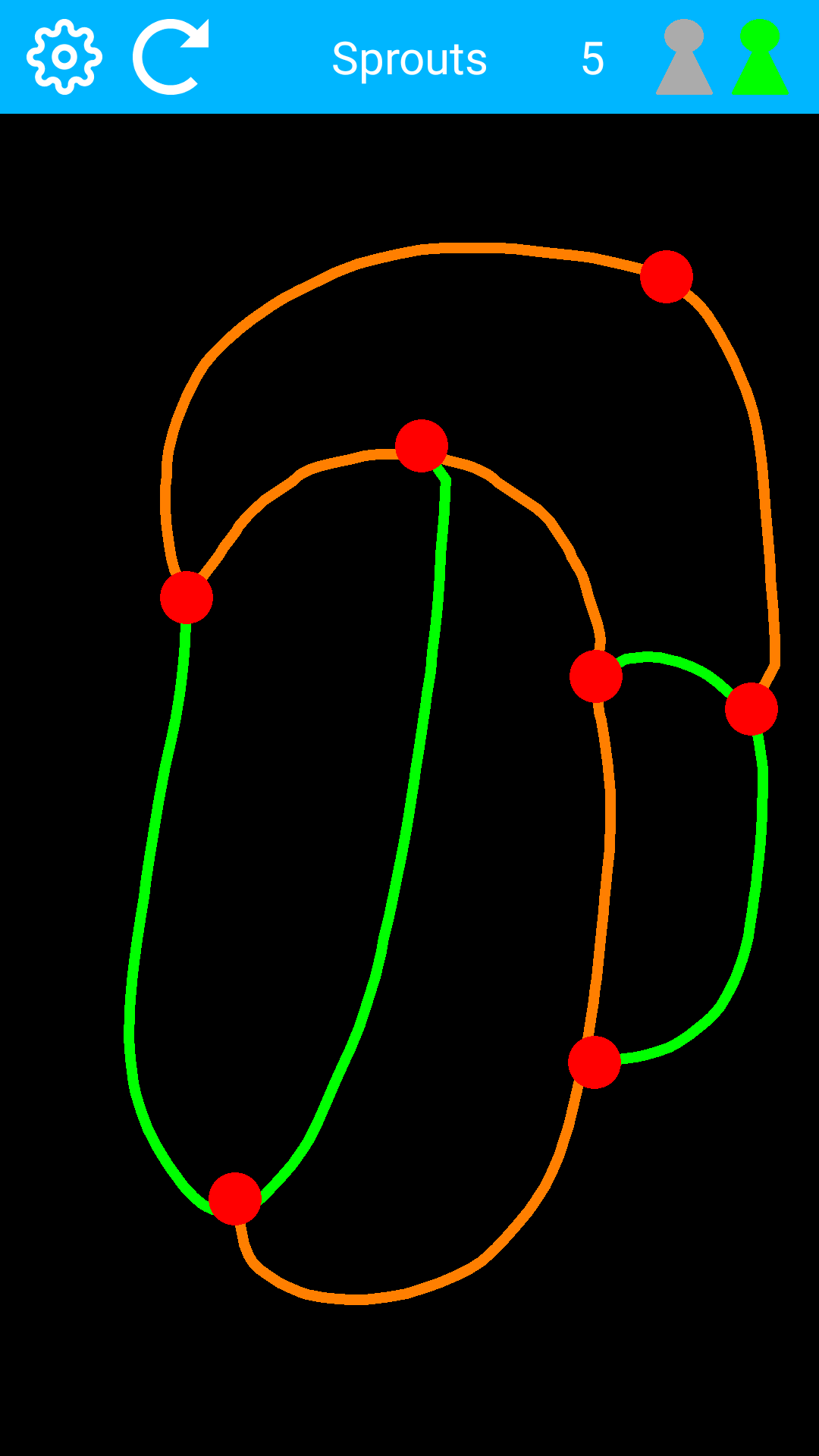 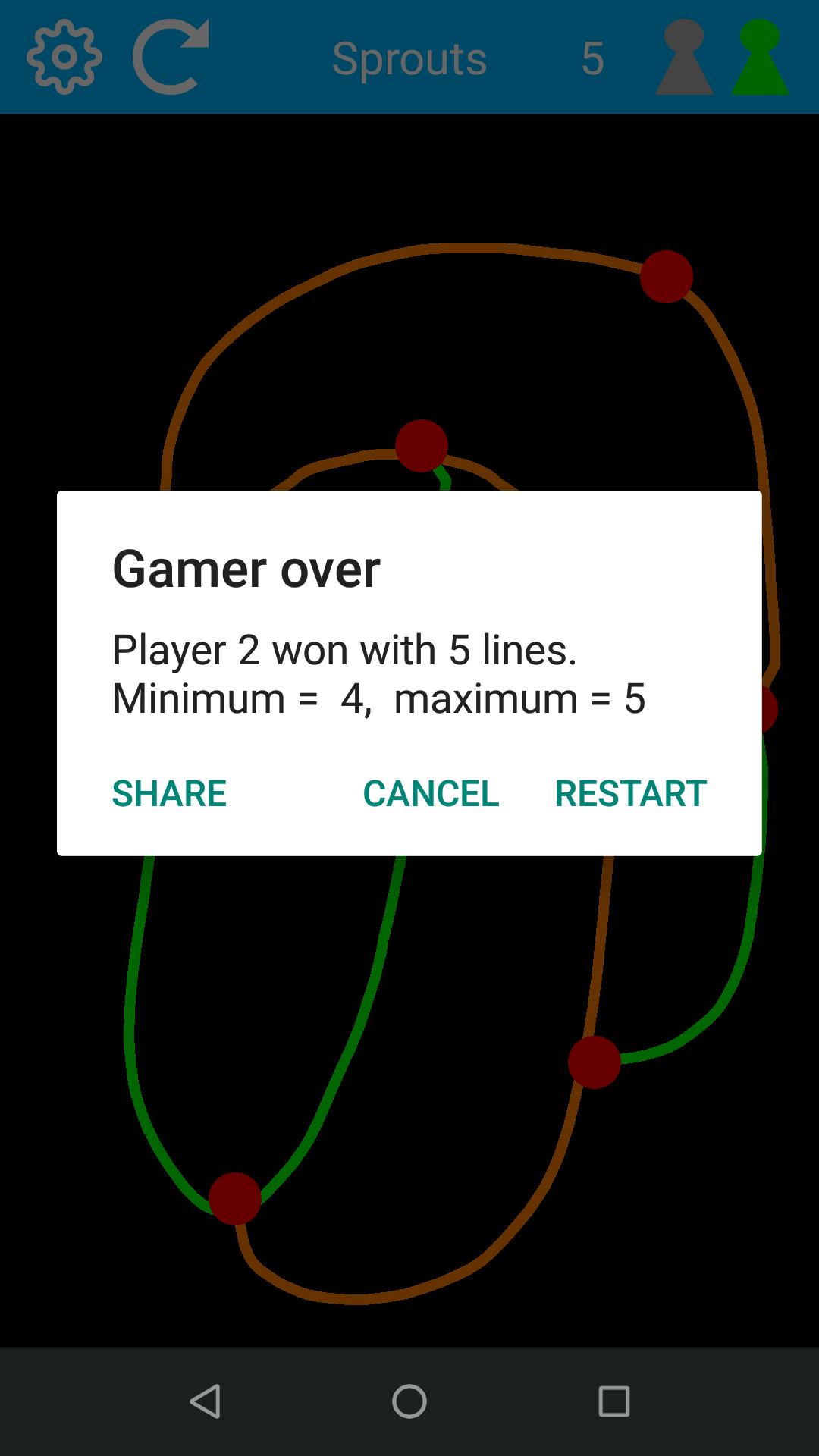 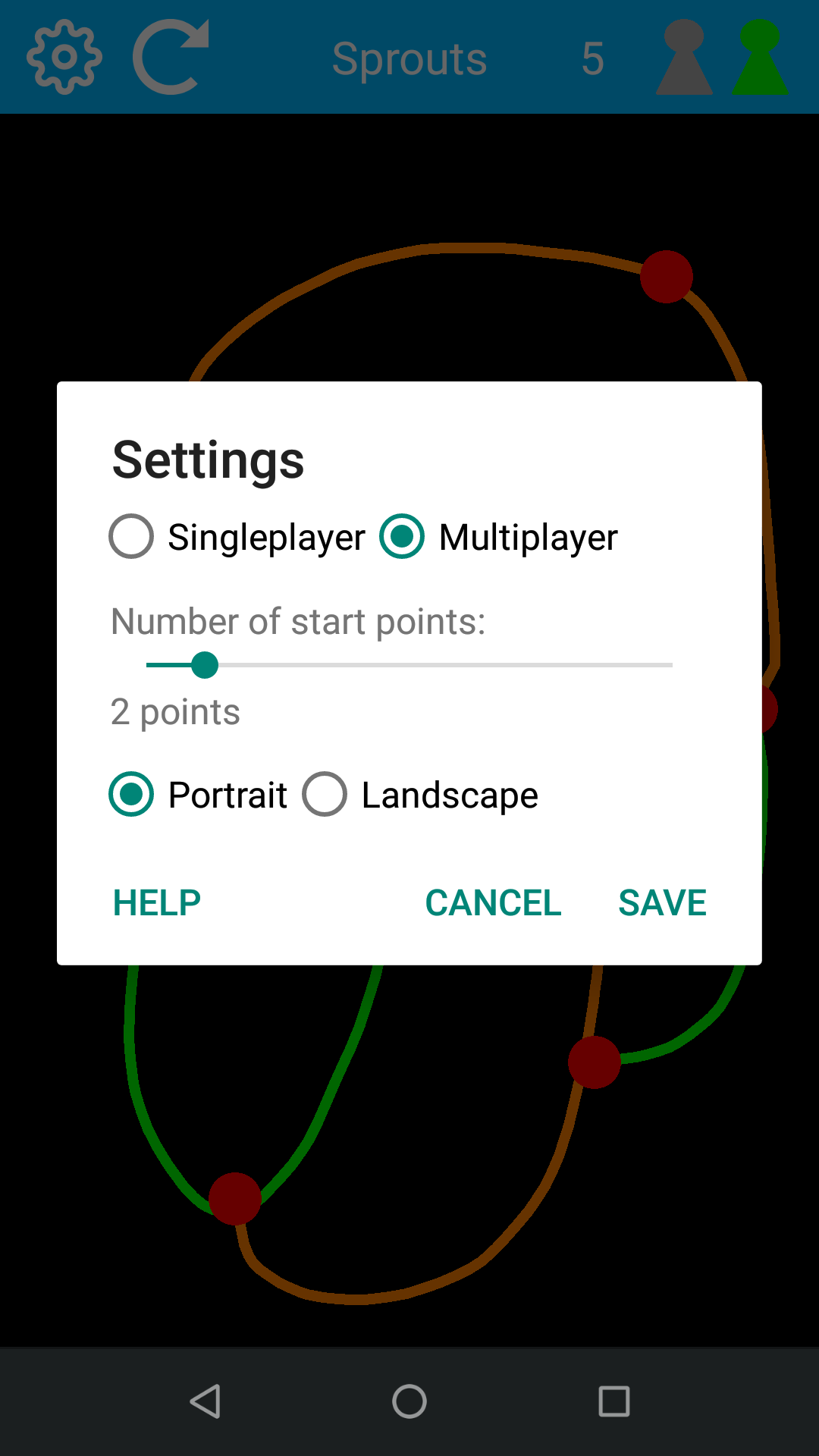 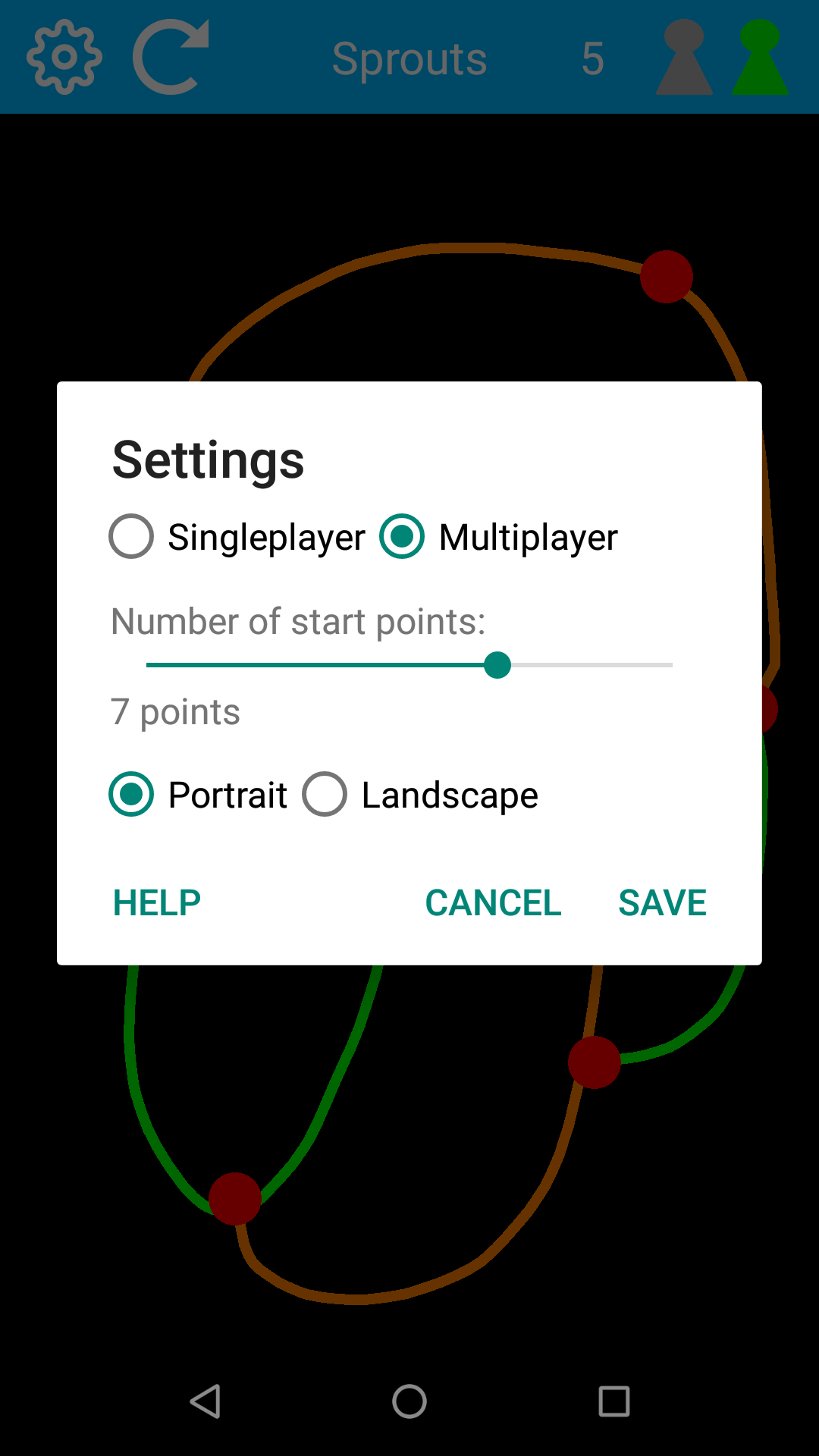 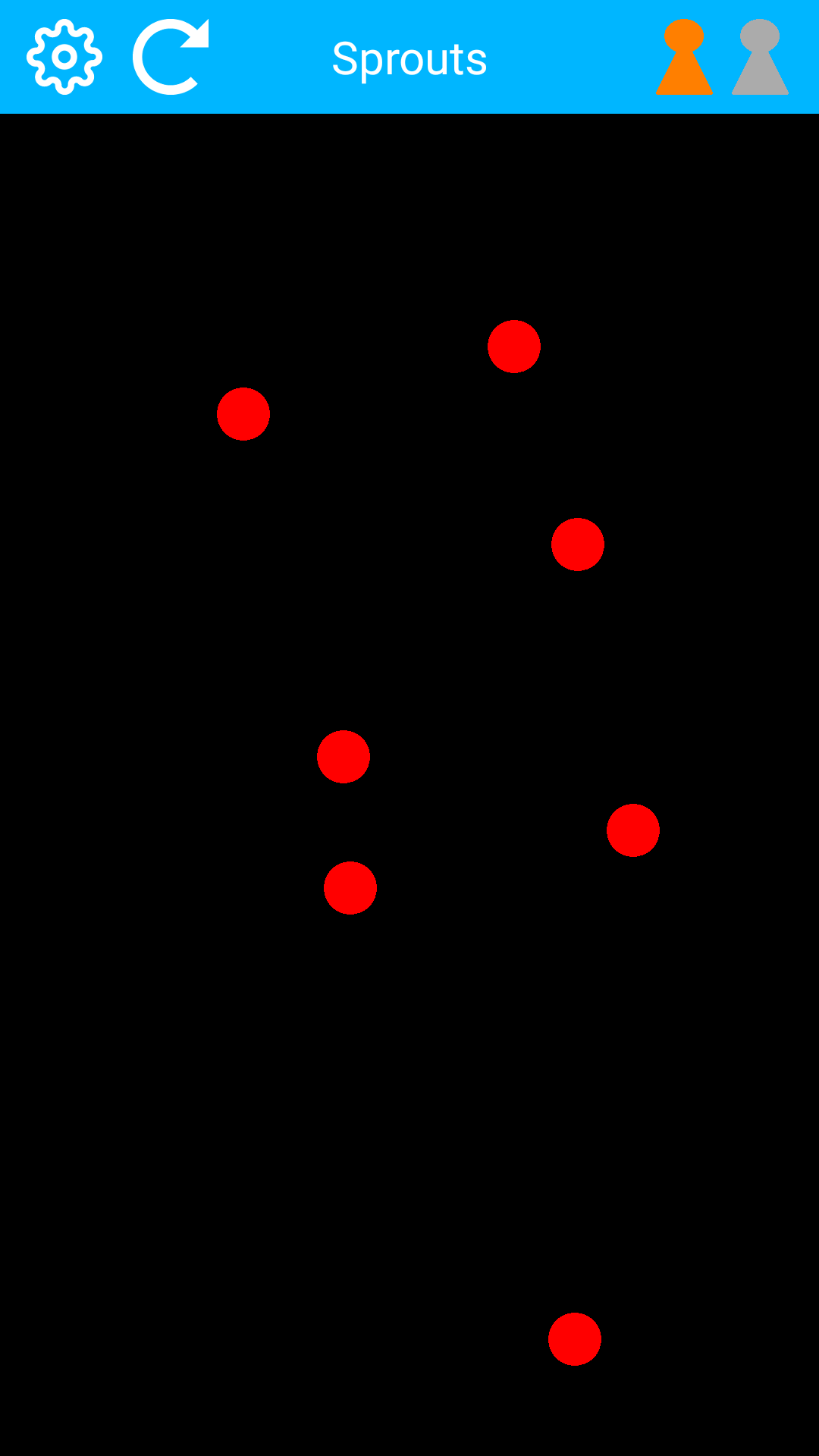 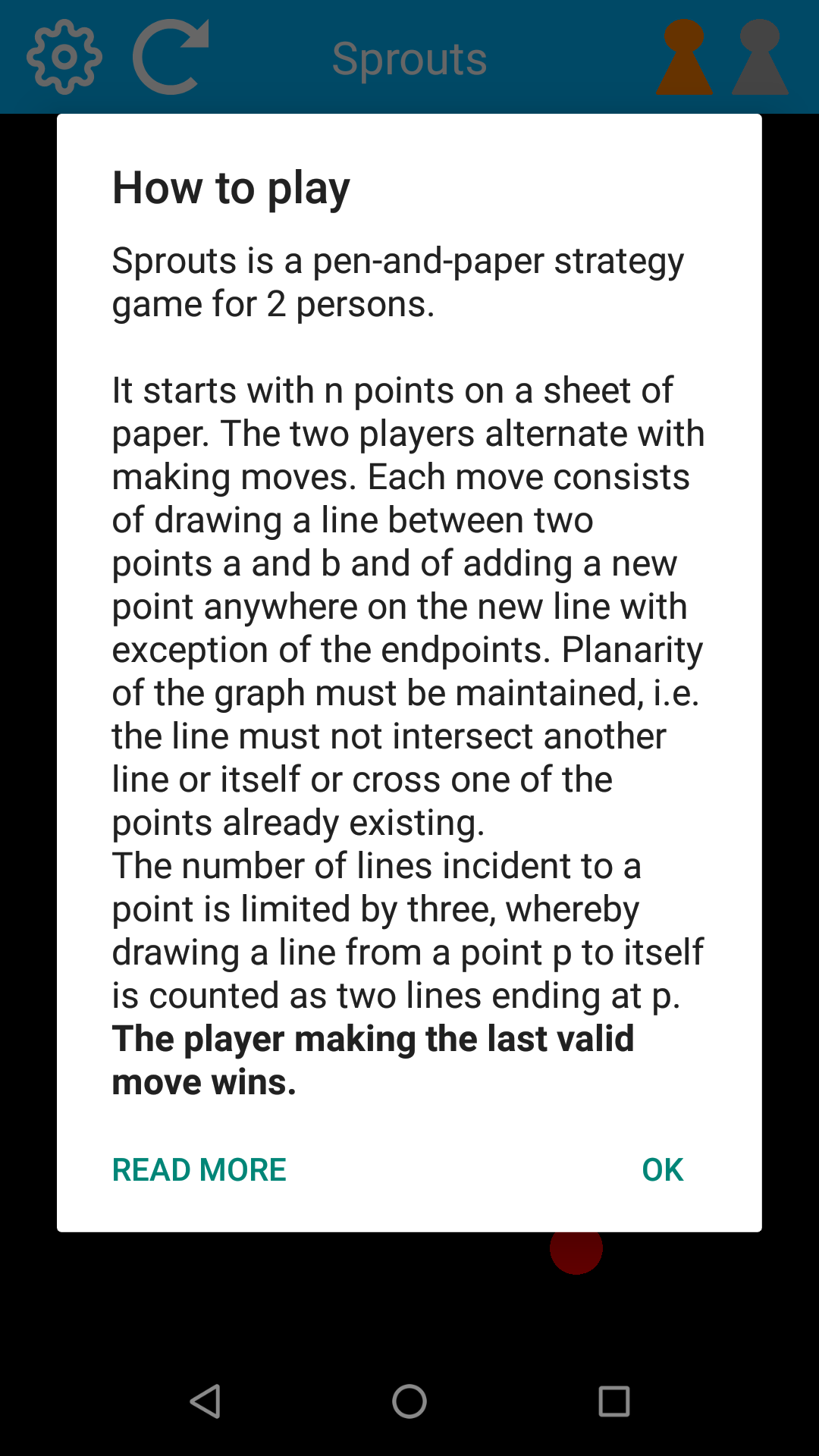 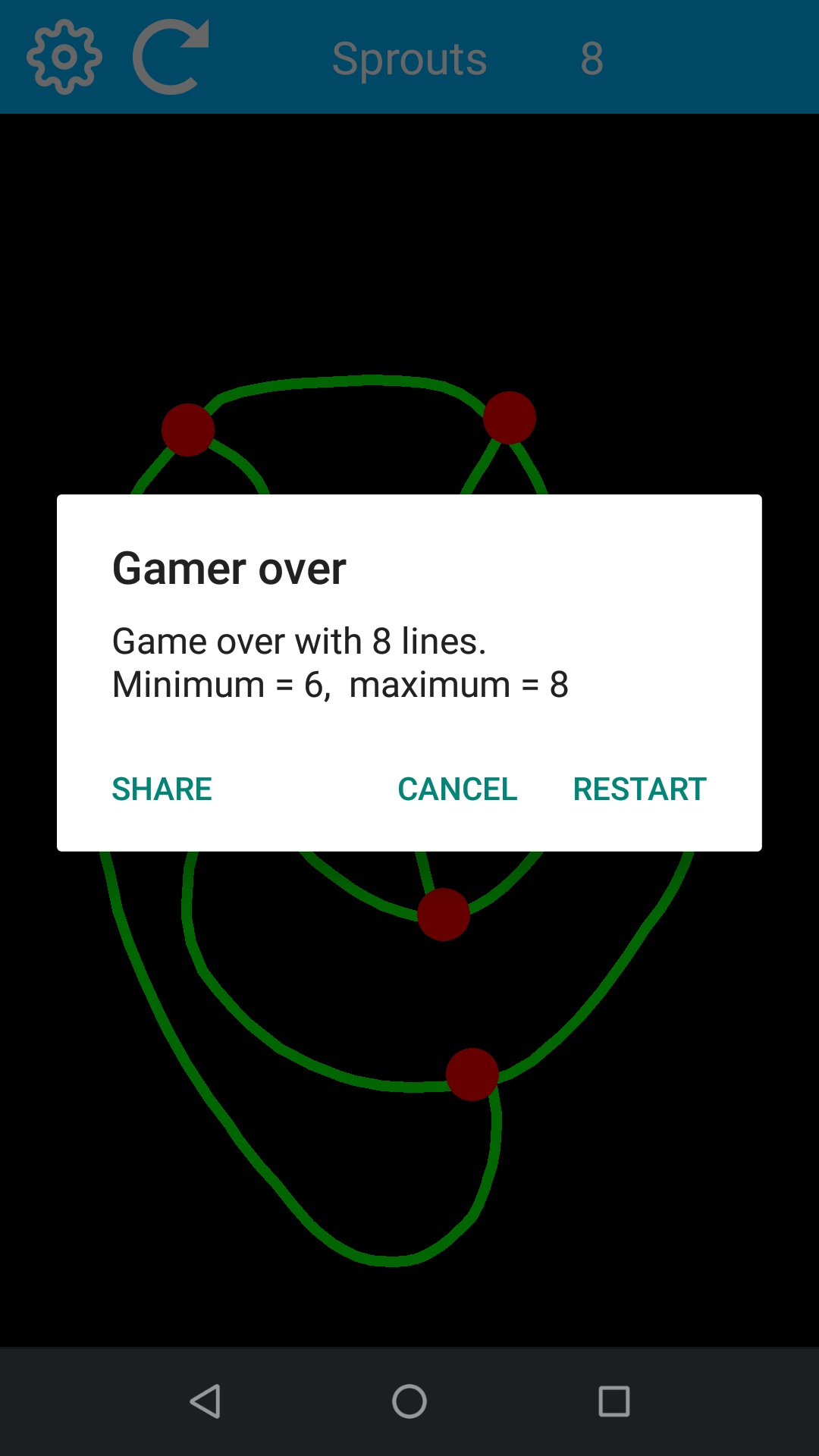 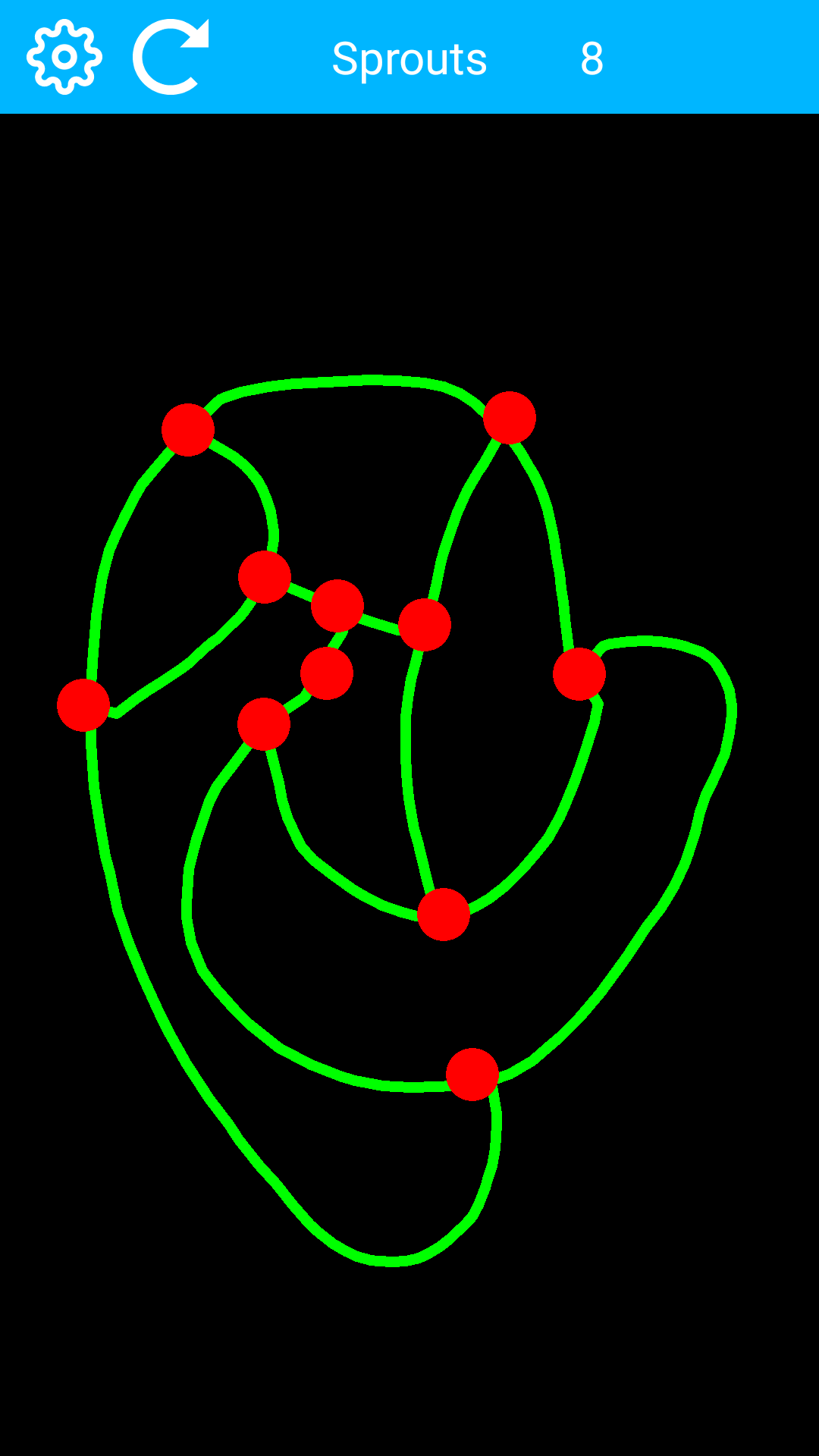 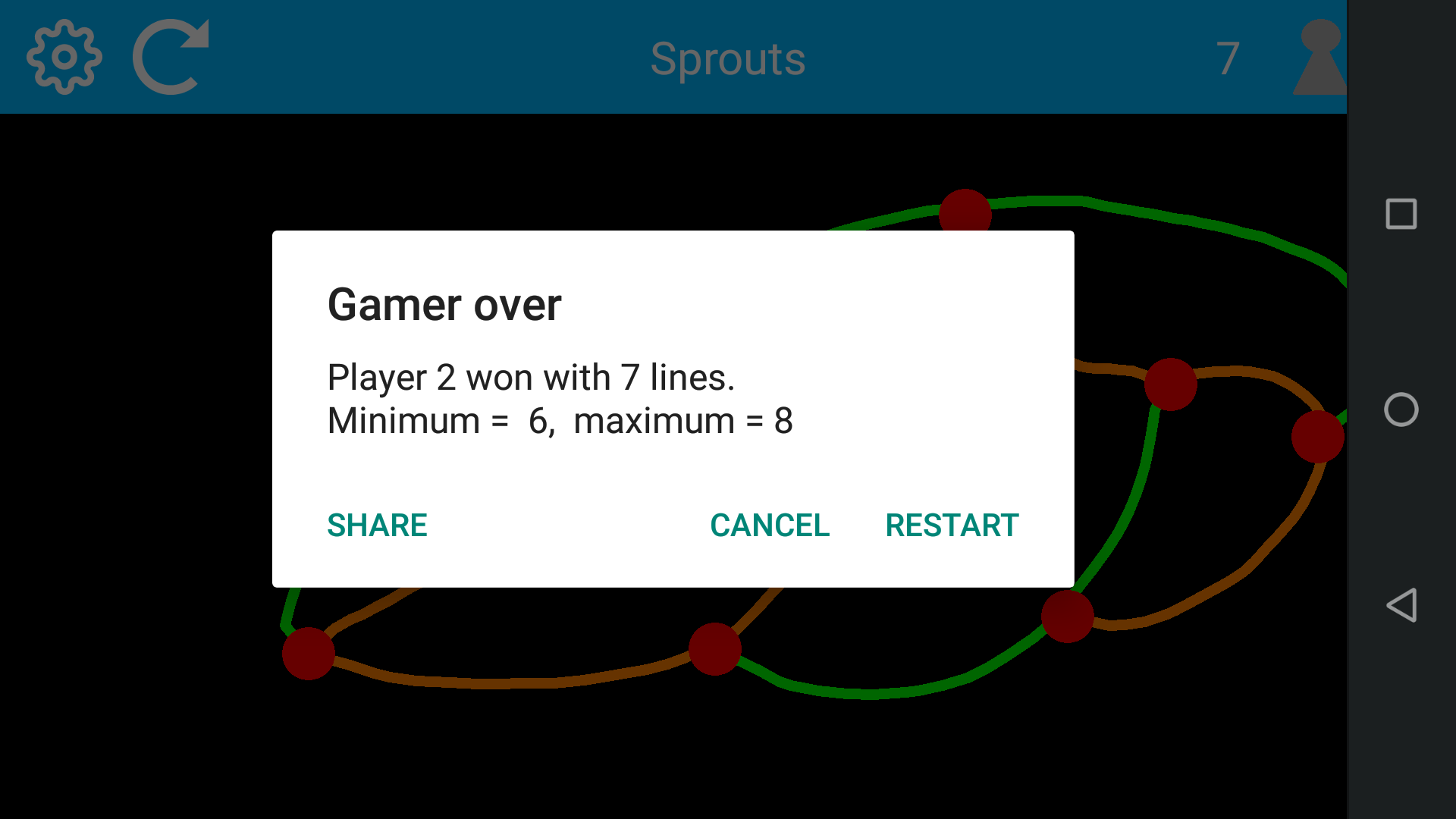 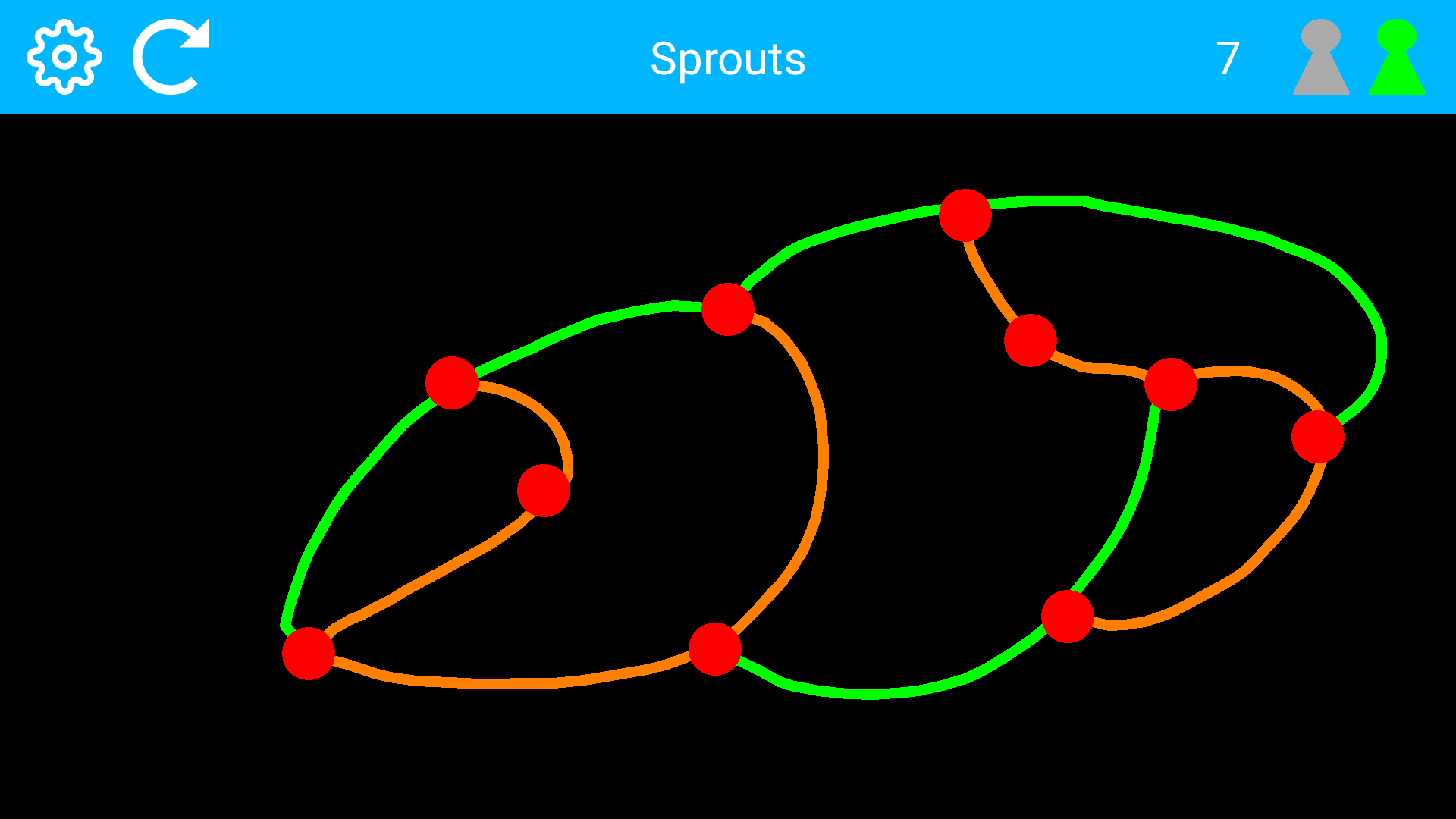